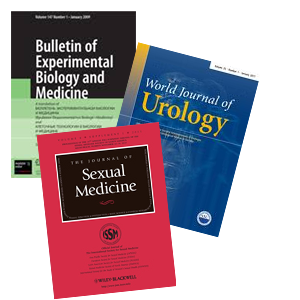 For the first time in more than a decade, clinical studies show using sound wave technology to treat ED is a successful alternative to medications like Viagra.

The results are in: a survey proved that 75% of men with ED who had sound wave treatments gave up taking oral ED medications as a result of the sound wave therapy’s success. A majority of men receiving RenewWave report positive results and improved sexual performance. If your ED is related to blood flow to the penis, your likelihood to see successful results is high. Multiple clinical studies verify the effectiveness of the sound wave therapy used at our clinic to treat vascular related ED.

Beyond surveying patients, an array of professional clinical studies were performed over the last several years.  Here is a written report from one of the many case studies, performed in Europe: According to Scandinavian Journal of Urology (doi.org/bch9)  involved 112 men with erectile dysfunction. Half received five weekly doses of low-intensity sound waves directed at six sites along their penis. The other half received a placebo. At the start of the study, none of the men were able to have penetrative sex without medication. By the end, 57 per cent of the treated men said they were having intercourse, compared with 9 per cent of the men who received the placebo.